After our recent conversation with Jillian Lake about her latest album, Younger Then, we were curious to hear how she interpreted the record as the creator behind it. Full of velvety sounds and big feelings, Younger Then instantly draws the listener into the stories of Lake’s growth through the years as she not only forgives herself for the past but celebrates how far she’s come. Read below to get her track-by-track take on each of the songs and what they meant to her as she was writing them!

An idea of the overall vibe, Jillian states:

“I didn’t bother pretending, I just exposed all of myself and told the stories of my hurt. I want people to let themselves feel every feeling instead of pushing it away, burying, or hiding it. Use those feelings to learn and grow and change and listen. When I listen now, I feel like I was so naive, and juvenile, and I give myself forgiveness and grace for that, and celebrate all the ways I’ve grown.”

“The album intro relating all the things we go through to a drop of water in the cycle, constantly renewing and getting chances to start over. A beautiful cycle of learning.”

“A fun, sassy one that I wrote about a big fight with a friend after going through a phase of watching too many nature documentaries.”

“I always liked this little song – achey but light.”

“The first song we recorded out of all the album – this song will always be a special one to me.”

“A soft one about indulging in reckless behaviour just to feel something.”

“The song that almost didn’t make the record – a bop I wrote about driving and leaving everything behind.”

“A song about grief and growth.”

“One of my favourite build-ups and bridges.”

“One of my favourites to play live.”

“An old song, almost even made my first EP.”

“Just your classic break-up song you can scream to at the end.”

“A song I wrote about fighting for someone who’s already given up on you.”

“The album closer and storyteller.” 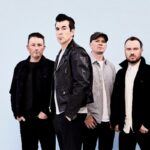 Theory of a Deadman, photo by Jimmy Fontaine
Prev Post 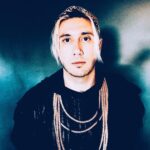