Multi-platinum rock band Theory of a Deadman has released their new single “Ambulance” alongside the announcement their new studio album, Dinosaur, will be released March 17th via Roadrunner Records. “Ambulance” is a recklessly raucous and righteously catchy party song. Dinosaur, the band’s eighth full-length, also features the anthemic lead single and title track “Dinosaur,” which is approaching Top 10 at U.S.Active Rock Radio, currently at #12, and marks a return to form stylistically for the chart-topping Canadian quartet.

“Dinosaur is by far one of the most fun albums we’ve ever made. Our fans are gonna love the return of the riff rock and the classic Theory signature songs, like ‘Ambulance.’ This song is all about that one night you have way too much fun with your friends where you feel like you’re gonna end the night in the back of an ambulance! Dig in and hold on!”

Theory of a Deadman will perform tracks off Dinosaur for audiences worldwide throughout the year. Following a run of dates this winter in New Zealand and Australia, the band teams up with Skillet for the co-headlining Rock Resurrection Tour. The 25-date trek, also featuring support from Saint Asonia, crosses the U.S. from February 17th through March 26th, where it wraps at The Wiltern in Los Angeles.

Theory of a Deadman Tour Dates: 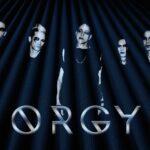 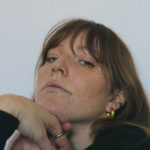