We lost a lot of celebrities last year, particularly within the music industry. It’s hard to believe, but this past January 20th marked one year since the passing of the legend himself, Meat Loaf. Since his death, he has been fondly remembered by dozens of his fellow artists and contemporaries, with the most significant tribute arriving this Friday, January 27th, via the release of Paradise Found: Bat Out Of Hell Reignited, the official Meat Loaf tribute record. The album comprises seven covers of core, meaty ’Loaf tracks, assembled and performed by Meat Loaf’s band, The Neverland Express, and American Idol winner and singer Caleb Johnson.

With the album set for release in three days, we are giving you a sneak preview with the premiere of the cover of “Bat Out Of Hell.” It, of course, acted as the title track to Meat Loaf’s 1977 debut album and became one of the rock singer’s biggest hits. It’s not so much a cover as it is a reinterpretation, as it remains faithful to the spirit of the original, as it was written by Meat Loaf collaborator Jim Steinman, but also offers you something entirely new in a way you probably have never thought of the song before.

Discussing “Bat Out Of Hell” and the changes that were made for this recording, Paul Crook, the lead guitarist and one of the core members of The Neverland Express, shares:

“Jim Steinman’s rock masterpiece. The most dramatic motorcycle crash song ever written. It was developed from a musical, Neverland, a futuristic rock version of Peter Pan, which Steinman wrote for a workshop in 1974. After the album was mixed to 2-track, they had to speed up that tape to get the songs to fit onto a vinyl record. This made Meat’s voice sound different, and higher. The result haunted Meat Loaf his entire career. Ticket buyers wanted to hear that voice… this always bothered him. Jim mentioned that the intro chords were inspired by ‘Jailhouse Rock.’ I never get tired of performing this song. The music is both fun and challenging to play.

“This is the live arrangement. The version, we, the Neverland Express have been performing with Meat Loaf for decades.”

“The song was originally recorded in the key of E. Our re-recorded version was recorded in the key of F (the key that it now lives in on the original 1977 pressing). The arrangement is completely different from the original. All of Meat Loaf’s songs have developed into something completely different from their original recordings. This is the live arrangement. The version, we, the Neverland Express have been performing with Meat Loaf for decades.”

Crook was Meat Loaf’s longtime producer, music director, guitarist, and friend. Part of his intention with releasing this album is to introduce this music to a whole new audience who were too young to have really experienced the greatness and uniqueness of Meat Loaf. It was also meant to be satisfying to his longtime fanbase, who would be able to experience these songs in a whole new, but fulfilling way.

It has been over 45 years since the release of the original Bat Out of Hell, and it remains in the top five best-selling albums of all time, a testament to its greatness. The album features all seven songs performed in their original order, with arrangements developed over decades of touring behind these songs.

In conjunction with the album coming out, The Neverland Express will be headed out on tour to support the release. It’ll be hardcore Meat Loaf fans’ opportunity to not only experience these songs in a whole new way but also to pay tribute to a timeless artist worthy of continued recognition. 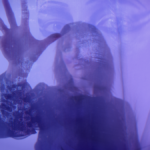