As they prepare to release their new album Maryland House later this month, The Crystal Casino Band has released the official music video for their recent single “City That Sleeps.” The new video, directed by Maura Fallon, perfectly encapsulates the essence of the song, which highlights the transient nature of the people who call Washington, DC, their home and its effect on their relationships with those they are close with romantically, written and sung by the band’s guitarist Jarrod Hendricks.

“We’re excited to share the official music video for ‘City That Sleeps,’ which focuses on the second verse’s vignette of Emily and Jane. Their close friendship harbors deeper emotions than those of a platonic nature for Jane and she struggles how to confess these feelings to Emily, all the while daydreaming of what their life could be like together.” 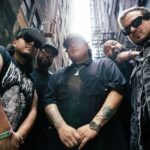 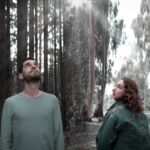