Vocalist Rubin offers about the song:

“‘Ashera’ is a doomed but yet aggressively inspired melodic black metal song. Originally the mother, then wife of God, Ashera was banished entirely in 630 bc when her statues and sacrament were banished from the temples. In this song, her names represent the hope for a rise against the oppression of the female voices in religion. Burn the text that binds you and freedom you shall find!”

Lotan will be released on digital and LP (black vinyl, limited to 300 units) via UPRISING! Records on March 31st, 2023.

A1. Diabolis Victor
A2. Ignis
A3. Ashera
A4. Ishtar
B1. Servant Of Yammu
B2. The Faithless
B3. Leviathan 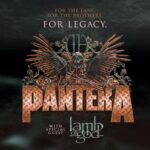 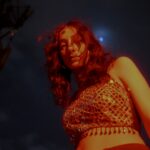