There may not be any negative implications, but there’s no doubt that getting by daily is often done by taking advantage of the goodness and generosity of other people. It’s something that singer and songwriter Savoir Faire has lent her perspective to with her brand new single “How’s It Supposed To Feel.”

The song is the artist’s musings on the services and responsibilities of others that we have become so conscious of and reliant on since this whole pandemic world took shape nearly three years ago. She wrote it from the point of view of a front-line worker or essential service employee who has been forced to rise to the occasion in the service of others, even in the face of danger to themselves. Faire’s powerful lead vocals, and words, match the power and significance of the song itself.

Explaining the origins and motivations behind “How’s It Supposed To Feel,” Faire said:

“The song started as a riff that I got in my head. A lot of songs start that way! Then came the melody and the chords. It’s not uncommon for me to write a song harmonically and melodically, and then go through the themes that I want to cover with my music.

“I was in the midst of going into person facing work in the pre-vaccine days of the pandemic. I started to realize how dependent our society is on establishments like schools, child care, grocery stores, and medical offices being open. And I was asking myself… if we are so important, why aren’t we often treated as such? Why are our schools in dire need of funding and renovation? Why are our teachers, nurses, and childcare workers often overworked and underpaid?

“I’m so used to scrapes and scabs, that I forgot to heal’ refers to how many person-facing people were thrust into potentially unsafe conditions during the pandemic because society relied on them. Everything was go-go-go, and those people haven’t really gotten the chance to process the past few years. Unfortunately, these types of jobs exploit the compassion and care of others. It’s just inferred that people in these types of caregiver roles will give up their own well-being for the sake of others.”

“How’s It Supposed To Feel” joins jazz and soft rock with some very lovely melodies along the way. From the New England area, she’s more or less been a lifelong musician, as well as a music educator for students in kindergarten to grade 12 and in graduate school. Musically, she is very much motivated and inspired by the generation of great, impactful female musicians of the ’90s, like Jewel, Alanis Morissette, Sheryl Crow, and Fiona Apple.

She’s released a lot of music since her 2018 debut, Machine With A Memoir, and, as evidenced by “How’s It Supposed To Feel,” enjoys using her music as a platform for her to express her views about things that affect or move her. She hopes you may also be moved by her stirring, arousing songwriting. 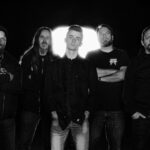 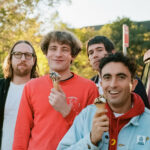