London’s own multidisciplinary artist Rarelyalways kicks off 2023 with the announcement of his forthcoming debut album Work, due March 10th via Innovative Leisure. Along with the album announcement, Rarelyalways shares the first taste of the project with the single “LET’S.”

Hypnotic, cavernous rhythms float beneath distinct vocals on the track, underscoring Rarleyalways as the self-described “shapeshifter.” The lead single arrives with visuals directed by MadeInEden portraying Rarelyalways lounging in a bed with Precious Joie on a rooftop in London as they peek out at each other beneath eye masks and playfully start a pillow fight.

Additionally, Rarelyalways shares visuals to the b-side, “Voice note 0142,” also directed by MadeInEden, which sonically showcases the more jazzy side of Rarelyalways’ roots as a jazz bassist. 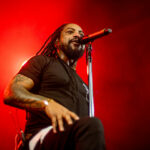 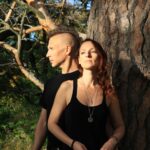 5th PROJEKT Return with Their New Single “The Wrong Way”