The gritty clip collates real-life footage of Gibbs shot over the past few years. It follows him as he records in a hotel room, rapping intently, picking up a guitar, and exhaling smoke. It alternates moments in the club with vignettes of him dunking on the court, narrowly missing a putt at the 18th hole, and celebrating his sustained success surrounded by friends.

It might just be his most intimate visual yet, pairing perfectly with the introspective track. The soulful guitar-laced sample seamlessly matches pensive bars as he confesses, “I’m taking chances with my life. I’d rather bleed than be broke, and that’s a fucked up mentality, but it stayed with me.” 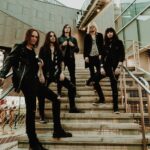