An iconic frontman of the old-school arena rock era, Bret Michaels remains a major presence on the American music scene – a point proven recently, when along with his legendary, platinum-selling band, Poison, Michaels played to upwards of a million fans while on the 2022 summer “Stadium Tour” – a massive U.S. outing that also included Def Leppard, Mötley Crüe and Joan Jett.

Kicking off the new year with a bang, Michaels has just released his latest solo video/single, “Back In The Day.” Heartfelt and personal, the authentic-sounding, guitar-driven track hearkens back to the golden, feel-good rock days of the ’70s and ’80s.

The well-orchestrated hoo-ha and timing of the release exemplify savvy marketing – promoting Michaels’ upcoming 2023 summer headline Parti-Gras tour with Night Ranger and Jefferson Starship. The song can be found on all streaming platforms, as well as on YouTube. Additional tour deets can be found at Michaels’ official website. 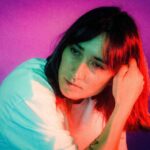 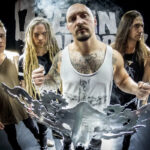