Brooklyn-based rapper Pesh Milli recently announced his forthcoming EP, What Can I Say – which is set for release on March 3, 2023, on Blue Collar Records. The fiery second track to be shared from his upcoming EP, “Spicy,” followed on the heels of the lead single, “Another One,” was produced by Elevated and recorded at Milkboy in Philadelphia. “Spicy” delivers the same rawness and intensity fans have come to expect from Pesh, but with an undeniable feeling that this is just the beginning. Pesh Milli has returned with the music video for “Spicy,” which you can view below.

Speaking on the song, Pesh Milli had this to say:

“I fought so hard to get this song on the project. Shout out to Elevated for producing the track – this is one of the top 5 songs I’ve ever done. Anywhere I perform this song, women lose their minds. Remember those pirate ships back in the day and people would pop out the water because they heard the siren song? This is my siren song. It’s so much fun and I can’t wait to shoot this video!” 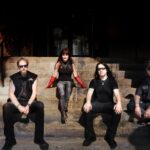 Helena Cos of Spider Rockets Opens Up About “Casual Violence,” Being Bossy, and Her Creative Process 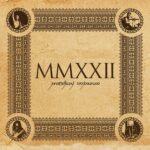