Finnish heavy metallers Oceanhoarse are gearing up for the release of the band’s sophomore full-length record, entitled Heads Will Roll, which will be coming out on February 17th via Noble Demon. In support of the new album, the band has released a video for the new single “Brick.”

“‘Brick’ is what it sounds like to lose your sanity. This is the musical equivalent to a high-speed chase, or a 2-minute 45-second long nightmare. The main riff actually started as this crazy c-part of another song, but then we thought, ‘why not just build a whole song around this fucked up riff?!’ I can definitely hear the influence of late ’80s Megadeth here. Helmets on boys and girls!” 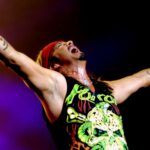 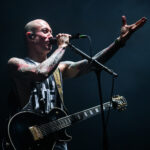