Splitting her time between New York City, USA, and Bengaluru, India, NIMBU’s work is informed by the sounds of her eclectic Indian-American adolescence—her father’s hums of ’80s Bollywood classics; the soulful hip-hop mixtapes exchanged on the school bus; and the global house grooves she brings to dance-floors across the US and India.

“Eleventh Hour” is the perfect sonic amalgamation of these diverse influences. Entirely produced by NIMBU, the upbeat single sets nostalgic disco-soul trumpets and sitars on top of UK garage-inspired percussion to offer a refreshing take on Bollywood-inspired dance music.

Described by NIMBU as “a bilingual ode to the comeback kids,” the track serves as an uplifting reminder to celebrate the twists and turns that make each of our journeys unique: “As someone who struggles with ADD, writing this track was a therapeutic process of accepting my own timeline.” The track features NIMBU’s layered interpolation of the 1986 Bollywood classic, Zindagi Ki Yahi Reet Hai, reflecting in Hindi how “victory only comes after defeat.” The contrast of her quick-witted rap verses and melancholic Hindi melodies results in a refreshing reflection on the timeless proverb: “it’s better late than never.”

“Eleventh Hour” is visually brought to life by rising star Indian filmmakers, Anurag Baruah, Bhavya Pansari, and Aatish Sarkar (Roznama Films, The Form Co.). The video follows the journey of the artist running through the streets of Bengaluru to reach a party just before the stroke of midnight—reclaiming the narrative around showing up at the last minute. The music video artfully weaves a mix of old-school Bollywood references into the setting of modern-day Indian nightlife. Inspired by a gritty, horror aesthetic, “Eleventh Hour” is a visually exciting portrait of Indian urban culture, encapsulated in an off-beat narrative about perseverance. 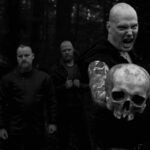 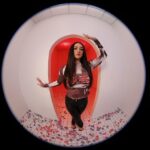