“End in Tears” is the guttural and gritty first single from the independent debut album, Generations. Slated for a 2023 release, Generations is written and recorded by Nashville-based newcomer Nightless Days – the collaborative brainchild led by Dublin-native Seamus Ross. One of three songs recorded over the span of just three days at the historic EastWest Studios in Los Angeles, “End in Tears” conjures themes of admiration and envy while elevating the project’s darker tones through authentic and honest lyrics.

The single, initially inspired by the lives and fractious working relationship between Paul McCartney and George Harrison, draws parallels to challenges the band has personally faced in their own work and relationships.

“When we encounter tension in relationships it causes us to either fight or surrender. It spurs growth and keeps us moving. I resonated with these hardships when exploring the narrative between McCartney and Harrison, and I wanted to share this facet of connection in our first single.”

There’s no shortage of tension and conflict in relationships but working through challenges together is a rewarding and uniquely human experience. Although McCartney and Harrison may have clashed over their respective passion projects, together they penned two of the most-covered Beatles songs of all time, according to Rolling Stone – McCartney’s “Yesterday” and Harrison’s “Something.” 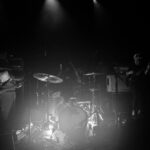 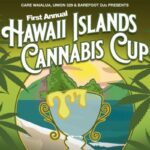