You have to envy consistency, creativity, and originality, and that’s why there is so much to dig when it comes to Love Ghost. We have been big supporters of the LA-based band for some time now, having featured their electric combination of emo, trap, and rock a few times over the last several years. Today, we are pleased to be bringing you the debut of their brand new music video for “Heartless,” featuring Big Boss Mulaa. The single is one of four found on the upcoming EP, Tales of a Sad Boy, due out officially on January 13th.

As Tales of a Sad Boy would seem to indicate, this is not like anything that Love Ghost has previously released. The EP is a collaboration between the band and New York emo rapper Big Boss Mulaa. Not many artists would dare to combine emo, trap rock, and hip-hop, but not many are like Love Ghost. They seek out artistic challenges and aren’t afraid to do what may seem unpopular or unconventional. It’s a far cry from their last release, 2021’s Sabertoothed, which was more of a traditional rock release, but they wouldn’t have it any other way.

Commenting on the thematic nucleus of the EP, lead singer and guitarist Finnegan Bell tells us:

“Tales of a Sad Boy centers on loneliness and heartbreak (the heartbreak of romance, losing a friend and sometimes not knowing who and what you are). Our producer, Mike Summers, the band, and I tried to dial back on the instrumentation, leaving only what was necessary. Mulaa and I aimed for the same with our lyrics. This song (like most of our work the past few years) was done completely in house; (keyboardist) Cory (Batchler) recorded and engineered all our vocals, and (guitarist) Daniel (Alcala) mixed and mastered all four songs.”

A hard-working act, Love Ghost have toured extensively all around the globe, going from their home base in the U.S. to places like London, Prague, Hamburg, Tokyo, Osaka, Dublin, Mexico City, and so many more. They recently played at the Rockpalast Festival in Germany, preceded by a performance at Amazon’s Gamergy Festival in Latin America. They are now turning their attention towards the future, eager to get back out on the road and show the versatility and finesse that makes this band so unique. 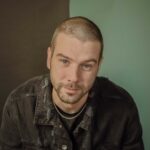 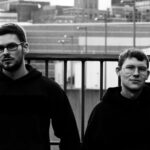