Koenjihyakkei’s third album will be revamped, revisited and on vinyl for the first time on February 17th, 2023, via SKiN GRAFT Records. Years after its original 2001 release, band leader Tatsuya Yoshida and the current Koenjihyakkei line-up (as heard on “Dhorimvishka”) returned to the Nivraym master recordings and went to work – adding new flourishes, additional overdubs and re-recorded drum tracks.

“After years of working with Tatsuya’s (other band) Ruins, we released Koenjihyakkei’s fourth album Angherr Shisspa in 2005. Then we brought their first, second and third albums out internationally. In 2018, Koenjhyakkei returned to great acclaim with album number five Dhorimviskha, which we followed up with a vinyl release of Angherr Shisspa. Now we’re bringing back the third album under the title Nivraym (Revisited). It’s received an extensive overhaul since its original Japanese release. When the 2023 version is compared to the 2001 original, it is a huge difference.”

For its first-ever vinyl release, the album has been remixed, remastered and re-sequenced for this revolutionary revisitation – the band’s purest, most uncompromising expression of Zeuhl music to date; blending progressive rock, symphonic rock, fusion and neoclassicism with the energy of hardcore punk, the volume of metal and the attitude of rock in opposition. 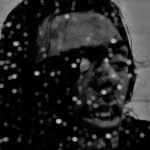 French Crossover Project MARY CREAM Debuts “One For You” Video 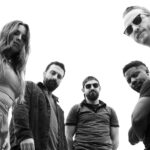