John Monteleone: The Chisels Are Calling is a feature-length documentary offering an intimate profile of John Monteleone, one of the world’s greatest guitar builders. He’s renowned as a living artist whose work is on permanent exhibition at the Metropolitan Museum of Art. Directed by Trevor Laurence and produced by Laurence and the late Woody Mann, the film is interspersed with various musical luminaries such as David Grisman, Ben Harper, Frank Vignola, Julian Lage, Woody Mann, Anthony Wilson, Mike Marshall, Paul Ricci and Mafalda Minnozzi.

The biopic traces its steps to John’s early experiences with music. In his case, it began with a piano; at the age of 10, he asked if he could have his way with an old, broken piano before his family got rid of it. He fixed it before the new one was delivered. Monteleone’s craftsmanship with guitars specifically was later ignited when he began repairing other players’ guitars during his college years. Not long after, he had taken up with a secondhand repair shop and eventually began his own venture. From there, he began producing guitars that have been fawned over and held up by the art and music worlds as examples of exemplary craftsmanship.

What makes the film captivating are primarily two things: the guitars themselves and the craftsmanship, effort, and inspiration that goes into them. On the former, Julian Lage perhaps says it best when he explains the beauty in John’s instruments he creates is their ability to allow the musician to forget about the perfection of the tool and speak directly via music. On the other hand, the audience is treated to shots of Monteleone’s workmanship – working with wood and metal in crafting a guitar. It’s not quite a TikTok time-lapse craft, but shows a romantic portrayal of the process.

Some comparisons to great craftsmen helps, and some montages of the various designs of John’s guitars help differentiate between them, but overall it would have been more helpful to hear note-by-note comparisons with other guitars that are similar in make but from different manufacturers. It’s the one drawback of the film that leaves lay audiences out of the loop. That said, some of the most captivating parts of the documentary come from explanations of John’s inspiration and seeing it in practice on guitars. The greatest of these comes in the section “The Beauty of Line,” where John talks about the inspiration he gathered from trains and automobiles. And sure enough, the resulting works from those inspirations are frankly astounding.

This documentary might not hold the viewer’s hand if they don’t know their way around the world of guitars, but instead offers an adoring portrayal of Monteleone’s life’s work and process, to the point that a single viewing is a treat in and of itself. 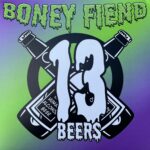