To celebrate the news, they’ve also shared the single and music video for “Gates of Horn” which you can check out here:

The new single sees the band infuse industrial ambiance with start-stop rhythms, breathing and blasting before merging towards a terrifying, swinging groove. Its accompanying video, directed by Eric Richter, takes viewers through a series of recurring nightmares. “The number one thing is the live performance,” says drummer Luis Aponte regarding Jesus Piece’s venomous live reputation. “You can be in the studio and make that record sound insane but if you’re not giving that same energy, that same feeling when you play live, it just doesn’t matter.”

Alongside the single, the band have revealed more details about their upcoming album. Co-produced and mixed by Randy LeBouef (Every Time I Die, ) and clocking in at a lean and mean 28 minutes, …So Unknown documents the lives of the bands’ five members as they step into life’s abyss and react to the changes.

Aponte says of the album:

“The making of the record was nothing short of all-consuming. It was an intense and challenging process. The record reflects a lot of confusion, but also, evolution. There was a lot of uncertainty and emotion during the pandemic – we all changed and grew so much. So if there is a single thought or concept to the record, it’s constant metamorphosis.”

Aponte goes on to add “That’s also how we operated as a band on this LP – spending a lot of time songwriting and fleshing things out as a unit, and then upping our game from there. It’s definitely a reflection of us as more mature, playing the best we’ve ever played and feeling like a real band for the first time.”

You can check out Jesus Piece’ explosive live show when they return to the UK in May: 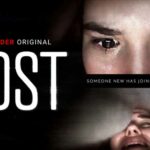 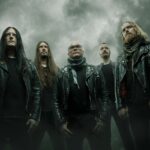