Today, East Coast Folk artists Jessica Rhaye and The Ramshackle Parade share their brand new single/video, “Come A Little Closer,” and announce the release of their forthcoming album, Sunshine Baby, due out on May 5, 2023. The new single (written by Rhaye and Brent Mason) is a fun, country-tinged love song about letting the world go by and taking solace where you can that finds Rhaye channelling her East Coast musical roots with a bit of a Sixpence None the Richer’s “Kiss Me” vibe haunting the edges.

“This song took on many different arrangements and song titles during the pre-production stages for the album. We wanted it to have a fun, loose, sun-kissed easy listening feel. Something to move and dance to.”

The new single is the follow-up to lead single “Sunshine Baby” co-written by Rhaye and band members Bill Preeper and Sandy MacKay; it offers a balm to those experiencing struggle and doubt. “It’s about being there for and encouraging anyone who’s going through a difficult time,” Rhaye says, “sharing some light with them, being their sunshine, and helping them overcome whatever’s bringing them down.” 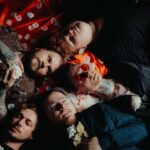 In Fear Detail Album ‘All Is. All Shall Be’; Debut “The Blinding White” Video 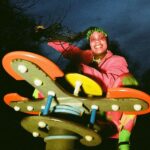