Written and performed by Zye Ca$h, “Love Someone” is a song about being lonely but not giving up on love. He released this song because he realized many of his 500k followers on TikTok also related to the song.

Zye pushes the boundaries infusing his unique and crafty ability to create not just songs but records that will stand the test of time. His southern drawl perfectly meshes with classic country music to create genre-defying ballads with a touch of Soul. His music is packed with countrified influences and contemporary lingo, that balances both the urban and rural cultures of where he grew up.

His education in country music started at home, with his mom. She introduced him to music by Johnny Cash, Randy Travis, and Shania Twain and many other artists who changed his outlook on music for the rest of his life. “Love Someone” is his first official single and it reached as high as #60 on iTunes Charts. 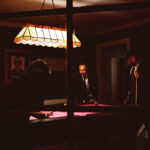 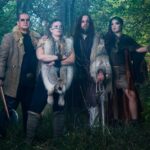