Whatever it happens to be, we’re all “floating away” from something. Whether intentional or not, life is constantly changing, and as part of that change, we ebb and flow, naturally growing closer and farther away from people, practices, habits, and ways of life. Groundstate have composed a whole song about this topic in general with their brand new single “Floating Away.”

The song will be included on the band’s new album, The Things We Leave Unsaid, their third proper LP, with a release date to be announced soon. It’s a sobering thought when you realize somebody no longer wants you, even if it’s just as a friend, and it really hits our ego in the most direct way, making us feel small, unpopular, and even worthless.

“‘Floating Away’ was actually the first song we wrote for the album, and it was written about the feeling of growing distant from someone and not being able to do anything about it. I think we’ve all had that, whether it was a friend or a girlfriend or whatever, where you can tell that someone doesn’t want you in their life anymore, if not through their words than just by a change in how they act around you. That frustration and feeling helpless watching someone fall out of your life was what made this song.”

“Floating Away” was recorded by Aiden and his brother Connor Smith during the pandemic, which afforded them the opportunity to buckle down on songwriting and come up with a set of songs that are both pleasing and very worthwhile. You can probably notice it in this new single; the brotherly duo used a more traditional recording approach with their new material, eschewing more modern production techniques, like using programming and effects. This has produced a rawer-sounding final product, which is both authentic and true to the Smith brothers’ roots.

It may have taken nearly a decade, with Groundstate forming in 2014, but the Smith brothers have recorded their definitive record with this upcoming release. This melodic production pulls no punches. It’s reassuring to hear that there are still bands that hold the alternative and hard rock of the early 2000s in high esteem, a time period of rock that has become largely overlooked, despite its many quality artists and bands. Over the last near-decade, the Smiths have developed a close songwriting connection that is propelling them forward toward new challenges, new tours, and festival dates planned for this year. 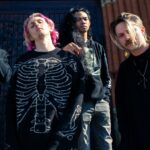 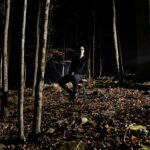 Will Wood Details His (Final?) Album ‘In Case I Die’ and Indefinite Hiatus from Music