Today, Giovannie and The Hired Guns announce a 2023 West Coast tour that includes stops in San Diego, Berkeley and Los Angeles in support of their new album Tejano Punk Boyz, which was released last fall via Warner Music Nashville.

The announcement comes as the band receives their first iHeart Radio Music Awards nomination for “Best New Artist (Alternative & Rock),” following the unprecedented success of their breakout single “Ramon Ayala” on the rock radio charts. The band’s second single, “Overrated,” entered the charts with similar momentum, climbing into the Top 25 on Active Rock this week. 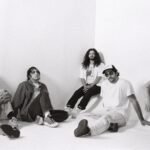 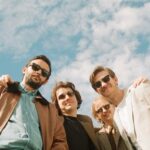 The Crystal Casino Band, phot by Cagla Akcadag
Next Post