An influential figure in his hometown scene, Yung Mal is ready to step back into the spotlight in 2023. Donning his stunna shades as he counts his blessings and his bands, Mal shares “Gah Damn,” his new video single. Over an apocalyptic trap beat by BMarch, Brgndy, and DY Krazy, Mal perfects his tumbling flow, unfurling tongue-twisting flexes with effortless ease, while taking a moment to mourn a fallen friend: “Lost my heart when my brother got killed,” he spits.

In the video, directed by close collaborator ShotByWolf, the Alamo Records signee sparkles in his black-and-white fit, as he counts his hundreds and shows off his collection of souped-up vehicles.

“Gah Damn” is Mal¢s first new single since the release of “Right Back Out” in July. With a project coming out in the coming weeks, Yung Mal plans to reach another level. 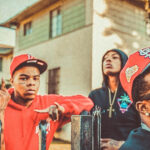 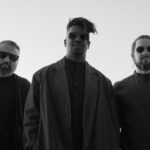