Full of Hell and Primitive Man have announced a new five-song collaborative EP titled Suffocating Hallucination, which will drop on March 3rd via Closed Casket Activities. As for today, the lead single, “Rubble Home,” can be streamed.

Full of Hell pack nihilism, devastation, and overwhelming fury into every outpouring. Primitive Man blends existential dread and postmodern terror with hostile sludge and doom. It was inevitable that the pair of acclaimed hellraisers, coveted by devoted adherents, would collaborate. Produced by Andrew Nelson (Harms Way, Weekend Nachos, LURK), Suffocating Hallucination unites them in a blisteringly blissful sonic celebration of disillusionment and chaos. Issued by Closed Casket Activities, the record arrives just ahead of a US tour with The Acacia Strain and Fit For An Autopsy (dates listed below).

“It’s kind of like making a new hybrid band. It’s a really special marker of the friendship between us. We approach each collaboration differently, depending on the personalities in the room. With Primitive Man, we wrote everything in the studio. Each collaborative record is a cornerstone in our discography, as important as our own full-lengths.” 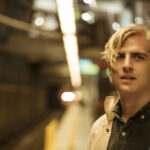 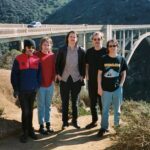