If “we are who we are,” then what Frances Bloom is, is a band that will reel you right in. Featuring a no-nonsense approach to hard rock music, they are pleased to reveal their latest music video today for their new single “We Are Who We Are,” a sign of things to come on their new studio album This Is War which they are currently working on completing.

The video matches the song’s intensity, perfectly complementing its urgency and passion, with lead singer Andre Andersson very capably carrying the proceedings with his rock n’ roll fury. Like many Frances Bloom songs, “We Are Who We Are” is fairly simple in structure but heavy and oh-so-satisfying in that arena rock sense where you just get completely lost in the music.

With some comments on the song and how it came together, the band says:

“Lyrically, ‘We Are Who We Are’ is about not being able to see the consequences of your actions when you’re following the crowd. Musically, it started with the band jamming on the verse and everything else evolved around that. All band members were coming up with different new parts of the song and then put it together in the studio. There is obviously no wrong or right way to write a Frances Bloom song. ‘We Are Who We Are’ was produced by the band in their own studio, just like all other songs from the upcoming album.”

The intention behind the music for Frances Bloom is to dish out some heavy rock, no matter what it takes, and with no strings attached. Never mind bells and whistles; they focus on giving you something to love with great, expressive energy and feeling. That makes them easy to enjoy and attractive to a wide range of rock fans, from hard rockers to modern rock to the grunge rock of days past.

Their working-class attitude also helps them connect with their fanbase, with the band members overseeing each aspect of the band, from the songwriting to the recording and producing to the concert booking. With This Is War on its way in April, this rock train is just getting started, and it’s about time you hopped on and got ready to enjoy the ride. 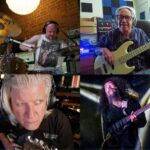 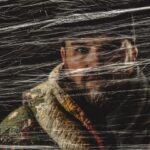