NorCal-based experimental metal outfit Flub has released a lyric video for their new single, “Paracosm.” The new track is the latest offering from the band’s upcoming EP, Dream Worlds, which will see a February 10, 2023, release via The Artisan Era.

“We began working on this EP after my time in Vale of Pnath. I had been listening to a lot of baroque music and exploring counterpoint and I think it really bled into this release. Initially, we were going to be in another project and call this Trouvere, but as we all started to focus on different projects we decided to release this under the Flub moniker with Michael taking over the vocal duties. It was exciting to really dig into the Neo classical aspect of this style of music with some of the best metal musicians I’ve ever worked with, I hope you all enjoy.”

“It was an awesome experience being able to be a part of this material with Eric (session drummer) and Andrew (session bassist). Before my involvement years ago, I was lucky enough to see the compositional process behind the material when the project was still just an idea. Having been a fan of Eric’s work for a long time, as well as having toured previously with Andrew, it was just an absolute no-brainer that we should just induct this material into the Flub catalog instead of letting the songs rot away on some unlabeled google drive file.” 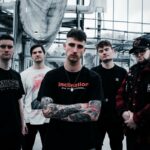 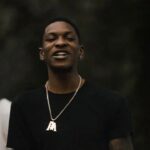