It’s been an interesting ride to where he is now for musician Mikei Gray, with many memorable steps along the way. Before emerging with his solo project, The Frst, in 2017, Gray had worked as a hired gun for many big artists, going on tour and playing with bands such as Sublime With Rome, the Village People, and Portugal The Man. Gray started The Frst to create a free-flowing outlet for him to express himself which would be all about freedom and fun. It’s worked out extremely well, with Gray having released several well-received singles under The Frst moniker.

In 2020, Gray issued the debut Frst album, entitled Prelude. Along with that album and the singles that followed, Gray released his latest song, “Scary Movie,” which fits very neatly within the interests of Gray as a massive fan of horror films and fiction. The song, which features well-known pop producer and keyboardist Ryan Prewett, will be included on the follow-up to Prelude, This Never Happened, which will be out in the fall. Expect several more singles to drop in the spring and summer.

With Gray being such a fan of horror movies, we thought we’d focus on film. Read on as Gray ranks every Friday the 13th movie from the iconic film franchise.

Every Friday the 13th Film Ranked:

Hello friends, Mikei here. It’s an honour to be on your screen right now! Big thanks to Chris and Aaron of V13 for this space.

Now I know you’re wondering, why am I doing this? Sure, I dropped a new song called ‘Scary Movie’ on Friday the 13th… But truthfully, it’s because I grew up going to Camp Crystal Lake… I know, I know…

Now granted, it was in Florida (far away from the supposed setting of New Jersey), but when I watch those films, particularly the frst one (see what I did there), it looks so much like Camp Crystal Lake that I visited year after year, that it took several watches to convince me otherwise.

Each year, the kids would tell scary Jason stories at night in the bunks, saying, ‘this all took place right here…’ (laughs). But despite the seemingly close relation, I will confess I hadn’t watched a Friday The 13th film… until recently. And then I immediately watched ALL of them… in a row! So with a completely unbiased opinion and without further ado, here is…

Released in the mid-’80s, the fifth installment of Jason finds the franchise in a bit of a rut. At times the scenes and dialogue play out like a D.A.R.E. school education video, with the least accessible casting, wardrobe, dialogue, and plot of all the films in the series.

Admittedly, Friday the 13th hadn’t gone to outer space and back yet (looking at you, Jason X…), but where the later films embraced the fantasy elements of Jason, A New Beginning shows Jason in a bit of an identity crisis, caught between playing up a believable slasher and an invincible deity. As such, the fifth film easily manages to lose all the excitement of both the earlier and later works.

Generally, Jason Lives is an entertaining watch and, oddly enough, a critic favourite. The opening scene where Jason is revived with superhuman strength doesn’t particularly give the film a strong foundation to build on, though arguably still better than the psychokinetics of The New Blood (#7).

The plot certainly makes you cheer for Tommy, Jason’s most formidable adversary up to this point in the series. Interestingly enough, this is the only movie in the franchise to contain no nudity, which by this point had become a hallmark for Paramount to retain its young audience. Although the writing may have been better than The New Blood, the plot felt significantly slower and more predictable than the majority of the other films.

At this point in the franchise, anything was possible. Paramount intended The New Blood to have a ‘higher standard of quality’ than the other films, but somehow manages to miss in just that. Relying too heavily on special effects and the psychokinetic Lincoln, at times it feels more fantasy than slasher film. Stuffed with laughs, Part VII is perhaps best reserved for either hardcore Jason buffs, or introducing young viewers to the series.

Once again, no, I didn’t rank Jason Goes to Hell #9 to be ironic, but I suppose one couldn’t fault it for sitting at its place regardless. With one of the most far-fetched scenes in Jason mythology, and some other ridiculous stuffers (the finger breaks for information), Jason Goes to Hell was an overall entertaining watch with popcorn or snacks practically required to stay put. There may be more laughs than lookaways, but 13 years in, who could expect much more?

Jason X wasn’t too painful a watch; the updated production values help where the original films lack, but the over-reliance on technology and Y2K gimmicks failed the franchise where it usually succeeded. Considering by this point, Friday the 13th was ten films in; it managed to capture the viewer’s attention decently with some obvious dipping points throughout.

Nearly a decade into the franchise, director Rob Hedden found a way to keep things fresh by not only bringing Jason into modern society but also by setting the battle over the ocean instead of a lake for the frst time… This particular installment is either revered or trashed by hardcore F13th fans, but I think we can all agree there was a little something for everyone in the movie.

With a healthy mix of humorously bad kill scenes and simultaneous ‘believe-able’ situations (even if appealing to viewers’ claustrophobia or thalassophobia), the film still struck a quick fix to keep the series moving in a new direction.

Part 2 is a little strange. Jason is finally the main character, albeit with a bag over his head, but the franchise started to push the boundaries more, so much so that the MPAA forced several cuts just to allow an R Rating. Sure, some of the kill scenes are a tad hokey, but other times the lack of modern effects almost made the gore a little more carnal, particularly when using raw meat. Certainly not the best Friday The 13th, but nonetheless crucial to the development of the film series and Jason as a character.

How do you compare the same films made almost 30 years apart? Surprisingly, the original Friday The 13th, holds up pretty consistently over time. Sure, much of the dialogue is outdated, and some of the kill scenes are likely to induce more chuckles than chills, but Pamela Voorhees as the killer is certainly more realistic than its successors, and Betsy Palmer’s acting really captures the believable terror of a marginalized mother-gone-mad.

I’ll admit, the reboot was much better than I thought it would be. As is the case in most modern horror, the psychological conflicts presented are almost more chilling than the kill scenes themselves. Though admittedly, some scenes were a little derivative of other films, the bear trap/sleeping bag scene felt reminiscent of Saw I, released five years earlier.

Nonetheless, the gore was more intense and modern, with Michael Bay and original producer Sean S. Cunningham striking a nice middle ground between fresh and classic. Overall, it’s a pretty electrifying watch without many (or any!) skips.

No, I didn’t rank the third film third to be ironic. To me, Part III is a turning point in the franchise, regardless of what the critics or box office sales had to say. Jason FINALLY has his signature hockey mask, albeit it’s at the end of the film… the body counts are starting to go up, and the kill scenes are starting to get a little more creative and graphic. Plenty of window smashes and screams later, the Friday The 13th film series had officially ‘found themselves’ and arrived.

Sure, it’s a little unfair to pit an ’80s film against a ’00s film, but despite the souped-up special effects and occasionally murky plot line, Freddy vs. Jason is (in my opinion) perhaps the most thrilling watch of the film series. The concept of the two biggest American slashers duking it out is just too good not to watch.

Despite over a decade of negotiations to bring this collaboration to life, it was also Robert England’s final cast as Freddy, who generously helped bring the otherwise silent Jason into a new spotlight, one where you’re not sure which villain to cheer for, Jason or Freddy… And the results are absolutely thrilling! At the moment, this may be my personal all-time favourite slasher film.

To me, The Final Chapter is a perfect sampler of all things Jason… The signature hockey mask is finally in place for the entire plot, there’s a higher body count than in the previous films, and some of the kill scenes were certainly more creative than its predecessors. Additionally, the dark sense of humour that underpins the franchise seems more celebrated in this particular film over the others… Whether that was intentional or not is up for debate, but we can certainly all agree that it’s an entertaining watch regardless.

All in all, the Friday the 13th feature film series (perhaps I’ll be back to rank the TV show another time) is regarded as one of the most iconic horror characters of all time, and for good reason! Released just a few years after Halloween, Jason laid the groundwork for many of the horror icons to come, such as Wes Craven’s Freddy Kruger and Ghostface characters. If there will ever be another release remains unclear, but one thing is for certain: these twelve films should be required watching for veteran and novice horror buffs alike.

(Disclaimer: opinions expressed herein are that of the author and in no way reflective of the franchise itself; furthermore, the author and V13 media do not condone violence or bodily harm in any manner, shape, or form.) 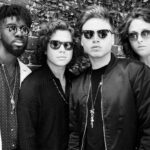 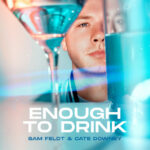