On February 10th, Distant, the multinational down-tempo/deathcore juggernaut from Rotterdam (The Netherlands) and the Slovak Republic, will release their third full-length, Heritage, via Century Media Records.

Today, the band have dropped their new single, “Argent Justice” a track which sees them team up with a mammoth 16 guest vocalists from across the deathcore scene. The full list of vocalists joining the downtempo deathcore crew reads as follows:

To accompany the track, the band have recorded a video directed by Dylan Gould from Stay Goulden and you can check it out here:

Speaking about the idea behind the song, Alan Grnja (vocals) comments

“The inspiration for that came from animated shows in the 90s where Spider Man would team up with X-Men and stuff like that! We did that on a track in 2020 called “Argent Debt” where we had five other people. We were inspired by being on tour in America and so many of us jumping up onstage and playing together. Every vocalist on this track sounds unique. It’s a bright, colourful rainbow of Deathcore singers!”

Heritage, the quintet’s Century Media debut and third installment of bone crushing, thick-as-concrete heaviness, takes their trademark Downtempo/Deathcore sound and pushes it into the red. “It’s low and slow,” smirks vocalist Alan Grnja, describing the band’s sound. “Musically, lyrically, we try to travel the uncharted and come up with something you can only call Distant.”

Following the release of Heritage, Distant will join Bodysnatcher, Angelmaker, and Paleface for a tour across the USA throughout March. 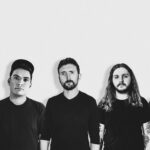 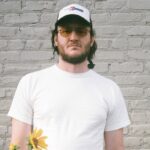