On her ethereal pop anthem “Alright,” out today on all digital platforms, pop/rock artist Charlotte Sands chronicles a profound turning point in her story, as she channels her experiences as an outsider into empowering art.

“I want to be the big sister to those who feel like freaks. My intention with my music is to create a safe space for people to feel accepted and celebrated for their weirdness and diversity. When people feel seen and supported, the world becomes a better place.”

Alongside the release of “Alright,” Charlotte has announced a partnership with the JED Foundation, a nonprofit that works to protect emotional health and prevent suicide for teens and adults, in hopes that the song will help remove the stigma around mental health within her fanbase. The partnership will include limited edition Charlotte Sands x JED Foundation merchandise, with a portion of proceeds benefiting the nonprofit.

“We wrote this song with the hope that it could remind even one person that life does go on and nothing is forever,” Charlotte adds. “The future can be so daunting especially in times of uncertainty, and it can so often feel like you’re stuck without a way out, but this song is a sign to keep moving forward because it will get better.” 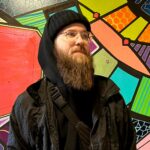 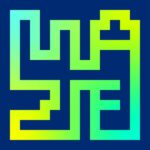