Some artists’ creativity goes so far beyond just simply music that calling them a musician would be an oversimplification. Brynja is more of an artist of the multimedia variety, talented and capable in so many different art forms. The Icelandic singer-songwriter released her full-length debut album Repeat this past October, with 13 songs that emphasize her worldly, multi-genre approach to songwriting. What you hear on Repeat is a result of a combination of natural talent and many years of study and training in contemporary dance at Listaháskóli Íslands, known in English as the Iceland University of the Arts, and audio engineering at the SAE Institute in Amsterdam.

With such a varied musical upbringing, Brynja can draw on so many different outlets when it comes to writing songs and expressing herself musically. Although dark in some respects, her songs emit hope, covering a wide variety of themes and topics, such as love and the journey of life, as well as more contemporary global issues, like global warming and social inequality. Outside of music, Brynja also has a mixed art exhibition in the works, set to take place this year. She is also tentatively planning a panel that she will host on sustainability in the music industry.

We recently spoke with Brynja for a chat to get to know her better as an artist and a musician. We discussed the writing process behind Repeat, being an independent artist, the most memorable moment of her career, and more!

Your debut album, Repeat, was recently released. Now that it is out, how do you feel about it, and what has been the response so far?

Brynja: “I feel very good, proud of myself and everyone involved. In a way, it feels weird to let go of this project that has played such a big role in my life for the past four years. I was preparing myself for the release grief, but it hasn’t really hit me. Maybe because I still have things coming up for it, music videos, shows, and more. Or maybe because I’m excited to have a blank canvas in front of me, a new opportunity to create.”

“I don’t. I try to not think too far ahead when I go into the studio because I feel like thinking of the outcome can interrupt the flow. I try to just follow where inspiration leads, be present and open to ideas that come in the moment. I can decide later if they are any good or not.”

“I wanted the album to take the listener on a journey through a scale of emotions; anger, fear, and confusion. Hope, joy and acceptance. You arrive at acceptance with the last song, ‘Aftur & Aftur.’ The title Repeat implies that you never fully arrive. It’s only temporarily before you start the cycle again.”

This album is self-released; tell us about your experience going it alone as an artist. How hard is it to get your music distributed, promoted, shared, etc.?

“I don’t feel like I’m going it alone. I have so many people working on this project with me. The album was largely created in a studio in Den Haag that I shared with a group of musicians that became some of my closest friends. This environment motivated me a lot, and I’ve never felt this kind of support for my music.

“Before, my music was more of a hobby. Around the time I started working on the album, I made the decision to give music more space and see at it as a career, which meant I had to start promoting it and promote myself. That wasn’t something I was interested in before, but now I kind of see it as a game. I think I can even go so far as to say that it’s a game I enjoy playing. Especially because I’ve got some of the best people playing it with me.”

“I recently moved back from the Netherlands to my home country of Iceland. There’s something very special about the music scene here, and I see it clearly after living abroad for a while. It’s insane how much good music is being made here. And living in a small society definitely has its perks, as people working in the music industry are quite accessible. And helpful.

“I do receive support from my fans which I’m very grateful for; I’ve got a small but loyal fanbase of people sharing and caring for my music.”

“There are so many memorable moments. I’d say one of them is the first session I did with LUVR, who produced and wrote Repeat with me. In our first session, we wrote ‘Easy’ and created the production for ‘Aftur & Aftur.’ It’s memorable because it felt like the beginning of something special.

“Oh, if I can name two, another memorable moment is when one of my songs got featured on the Netflix series Katla. I remember having to read the email I got a few times and pinch myself to make sure I wasn’t mistaken.”

When recording your latest batch of tunes, did anything strange, wonderful, or terrible occur?

“So many strange, wonderful and terrible things occurred (the COVID pandemic being quite strange and terrible). The process brought me to highs and lows, some of my all-time favourite memories were made during that time, and other parts were quite challenging. There are things I’ve just wanted to keep for myself and not share publicly. Perhaps one day I’ll share some more stories.”

What are some of the newer artists that you are listening to or enjoying?

“I discovered Noname the other day, and I’ve been listening to her music obsessively.”

“I love going to the pool; it always calms me down, going to the hot tubs and the sauna. There’s no better way to clear my mind and get ready for big moments.”

“I’ve got a release concert scheduled on March 23rd. After that, I’d love to hit the road and play the album for you all, but at the moment, there are no concrete plans. Find me on socials to keep up to date.”

“Easy. Seat at the Table by Solange, Blond by Frank Ocean, and Fisherman’s Woman by Emiliana Torrini.” 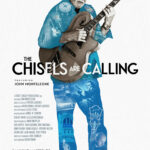 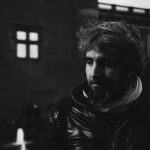