If you learn a little bit about Jet Jobob Rodel, you wouldn’t be surprised why there is nothing much conventional about Black Hoodie Ensemble. That is the moniker under which Rodel releases his music, a moody, post-rock sound that features lots of nontraditional rhythms, melodies, and chord progressions.

Today, he unveils the new song “Heavyweight,” a compelling preview of the forthcoming new album Bernard II, set for release on February 24th via Quarter Turn Records. This will mark the follow-up to 2020’s Captain, a natural progression from that album, building upon the dark soundscapes that are coming to define Rodel as a songwriter.

Commenting on the track, Jet shares:

“The song is about the twilight zone. I wrote it cause the record needed an emotional tune. It’s about escaping pain and how there is no escape.”

As an artist, Rodel is heavily inspired by the stranger side of things. Things that don’t quite seem right reel him right in, and that has had a profound effect on his musical style. The Twilight Zone, horror movies, and more recent David Lynch films are the things that Rodel is really drawn to. It’s not so surprising when you consider that his first childhood memory is a dream wherein one of his John Carter action figures was trying to kill him…

As an album, Bernard II stands very much on the weirder side of things. The album title is an ode to the late American composer and conductor Bernard Herrmann, an Academy Award-winner lauded for his work with Alfred Hitchcock and Orson Welles, best known for composing the scores for legendary films such as Citizen Kane, Psycho, and Taxi Driver. Herrmann was particularly recognized for the different moods and changes in mood that his scores would feature, and listening to the scores for Taxi Driver, Vertigo, and The Twilight Zone really set the tone for where Rodel wanted to go with this album.

Once you establish the connection between Herrmann and his scores, it all starts to make sense as you journey your way through Bernard II, what Herrmann so darkly describes as a soundtrack to the end of the world. 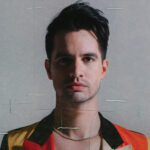 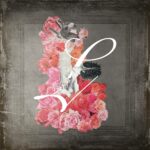 Artwork for the album ‘The Lyre’ by Dana Why
Next Post