Multi-platinum alternative rockers All Time Low have announced that their brand-new album Tell Me I’m Alive is dropping on March 17th 2023.

To celebrate the news, the band has released the title track along with the song’s official video. Check out the video directed by Alex Gaskarth and Djay Brawner here:

“Tell Me I’m Alive” is the second song to be released from the upcoming album, following “Sleepwalking” which marked their first new release since 2021 and continues to climb the Alternative Radio charts, currently sitting in the top five.

Pre-order your copy of Tell Me I’m Alive from here.

Album release day on March 17th, sees the Baltimore band play London’s OVO Arena Wembley, as part of a European headline run in February and March, which includes dates in Glasgow and Dublin. Support in London, Glasgow and Dublin comes from Set It Off, Lauran Hibberd and Games We Play. Support on the rest of the run comes from Lauran Hibberd and Games We Play. 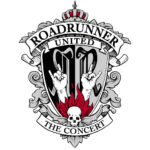