“The Wrong Way,” the second single from 5th PROJEKT’s upcoming EP, The Wolf, arrives in advance of the album’s release on March 7th, 2023, via their own independent label, Organik Rekords. The single follows the lead track, “Vagabond,” which we premiered here.

The Toronto cinematic art-rock band takes us through unexpected twists and turns in “The Wrong Way,” a psychedelic journey of orchestrated chaos. Bordering on experimental art pop, the female-fronted genre-bending band draws inspiration from surf rock, drum and bass and metal on this avant-garde adventure that conjures visions of video games.

McNalty comments on the track, stating:

“The idea was to capture the feeling of being right on the boundary between chaos and control. That place where momentum and inertia make it almost impossible to stop, like running down a hill that’s way too steep. This literally happened to us on the Camino when we accidentally went the wrong way despite being warned multiple times not to.” 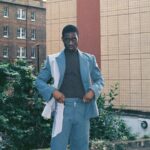 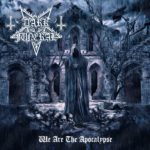