English rock band You Me At Six has released their new single “heartLESS” via Rise Records. The track is taken from the band’s forthcoming eighth studio album, Truth Decay, due out on January 27, 2023.

“‘heartLESS’ was a song we’ve been sitting on for years knowing it would always come out. It’s a song about feeling insecure and yet accepting of whatever may come. I wrote this song about someone close to me in the middle ground of a break up and falling in love.”

Recorded at Black Rock Studios in Santorini with producer Dan Austin, who previously worked with the band on VI and SUCKAPUNCH, Truth Decay is a retrospective album for You Me at Six. Musically, the album is the sound of a band celebrating the scene that they helped to build while at the same time showing where it can go next. Lyrically, the album is a raw and honest depiction of trying to find the good moments within the bad, exploring themes of growing up, relationships, overcoming insecurities, and realizing self-worth.

“The album generally is the band doing all the things that we as a band think we’re good at and just embellishing them and finessing those ideas and just trying to do retrospective, quintessential YMAS but in 2022 and give that a new lease of life. For us we saw people around us, our peers, and some new blood coming through that were doing emo rock music again and we thought ‘well we know how to do that and we want the world to know how we do it.” 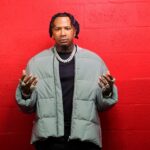 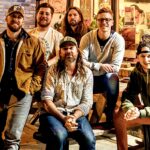