Organisers at Reading and Leeds Festival have announced their six huge headliners for 2023 along with a slew of names joining them.

The August Bank Holiday weekend will see Billie Eilish, Sam Fender, Foals, The Killers, Imagine Dragons and Lewis Capaldi will be joined by some of the best names in rock, indie, alternative, hip-hop and dance across multiple stages including the double Main Stage set-up.

20-year-old Billie Eilish is now set to become the youngest-ever solo artist to headline Reading & Leeds as another early-career triumph. Having drawn one of the biggest crowds the festival has ever seen at her appearance in 2019, Billiemania is ready to transcend to new heights as she owns the stage at Reading & Leeds in 2023.

Speaking about his announcement as one of the headliners, Sam Fender said:

“I first went to Leeds Festival with Dean when we were teenagers. We had a wild time, a rite of passage. Ten years later and we’re headlining. I’m so excited, it’s going to be intergalactic! See you down the front.”

Foals Yannis Philippakis says: “We’re so hyped to be back at Reading & Leeds. We’ll never forget the rush of headlining Leeds in the absolute pouring rain in 2016, a show that was one of our most intense ever, or back in 2008 at Reading feeling possessed, climbing the rigging and launching myself headfirst into the crowd. We’ve always had an amazing and feral time playing here, one of the greatest festivals in the world. It’s so special to be given a headline slot and we’re gonna rock it. Oh, and we might throw in a surprise or two. See you in the pit.”

Ronnie Vannucci, The Killers says: “We have been hearing about Reading & Leeds since ever we can remember. Each time we return is a bigger mountain to climb. 2023 serves as no exception. See you at the top.”

Imagine Dragons are incredibly excited about headlining, saying: “You never forget your first time playing a legendary festival like Reading & Leeds – there’s an energy like nowhere else on the planet. It’s an honour to come back and headline after all these years, and we plan to make it something we all remember.”

“I am so, so excited to be one of the headliners for Reading & Leeds Festival. Unreal that last time I played was to a wee crowd in 2018. Can’t wait to see you all next year.”

Joining the six massive headliners are the following acts:

If you can’t wait that long, check out our coverage from Leeds Festival 2022 here. 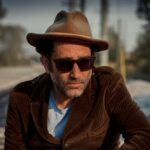