It would have been difficult for anyone in the crowd, which I’m boldly guessing was made almost exclusively of Mainers, not to feel a sense of pride Friday night. The Ballroom Thieves and opening act Griffin William Sherry, who are either from or currently reside in the state, treated everyone to an evening of phenomenal music.

Griffin William Sherry took to the stage with just his powerful voice and guitar. He delivered a selection of new songs and hits from his years with his well-known-and-loved band, The Ghost of Paul Revere, who announced their Goodbye (their farewell album) earlier this year after an impressive eleven-year run. During a particularly quiet moment between songs, as everyone waited excitedly for the next number, a fan shouted, “That was good!”

A simple statement – but said with such sincerity that Sherry needed to thank him for the best thing he’s ever had yelled at him on stage. It could have been said after every song, though, with just as much truth. But to get the correct effect, you must imagine it being said with widening eyes, an abundance of enthusiasm and a few too many “os.” While Sherry was more than capable of keeping the energy up all by himself, it was taken to a stompin’ new level when he brought out a few mates to assist with a handful of songs at the end of his set.

Next up was The Ballroom Thieves, fronted by Martin Earley and Callie Peters, a newly married couple. They took turns leading songs while the other supplied the backing harmony. They played a handful of tracks off their fourth and most recent album, Clouds, including “Worldender,” “In the Morning,” and “I Lose.” Plenty of older favorites were also included, notably their opening number, “Canary,” from their 2016 album Deadeye, which features a captivating cello solo by Peters. It was a wonderful introduction to what was to come that evening.

Both Earley and Peters had a calm command of the stage as they danced all around, expertly holding everyone’s attention as they bounced from one song to the next. Sherry was ushered back out, to much applause, to join them for a very well-received “Wolf” off their 2015 album A Wolf in the Doorway.

Despite being admittedly not the biggest Christmas fanatic, Callie was kind enough to spread some Christmas cheer during the encore with her rendition of “Have Yourself a Merry Little Christmas,” which was sweet enough even to warm the hearts of those who relate more to Scrooge than Santa. To close the show on a high note, they covered Donna Lewis’ “I Love You Always Forever.” And with Earley and Peters gazing lovingly at each other throughout the song, it was clear they had been singing to each other all evening as much as they had been singing to us in the crowd. 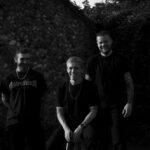 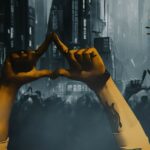