Ah, Christmas. It’s a wonderful time of year. From the decreased work time and increased family and friend time to the over-indulgence in food, drinks and good vibes, it’s typically a solid time of year. And, whether you celebrate (even if in your own way) or not, music is usually a large part of the festivities. Enter this little list of ten can’t-miss Christmas albums to queue up when hosting your next Holiday shindig. Enjoy!

Oh, and while we highly encourage you to check out the below albums, you can also fire up your various Holiday gatherings, parties, and overall cheer, by streaming our Alt-Christmas Spotify playlist. Sick of the same old Christmas/Holiday songs? V13 is here to save you from becoming a musical Scrooge by getting you into the festive spirit with our apt assortment of alternative holiday tunes!

In 1965, surf-rock outfit The Ventures released The Ventures’ Christmas Album, a compilation of Christmas classics. Each song features an opening riff from another famous song. For example, “Jingle Bells” begins with the thrum of Ray Charles’ “What’d I Say,” while the familiar strains of “Wooly Bully,” Sam The Sham and The Pharaohs’ hit song, open “Santa Claus is Coming to Town,” and The Beatles’ “I Feel Fine” rolls through “Rudolph, The Red-Nosed Reindeer.”

Christmas music doesn’t have to suck. And The Ventures prove it on their The Ventures’ Christmas Album. (Randy Radic)

A couple of years ago, I spotted the Gwen Stefani album, You Make it Feel Like Christmas, at my local Barnes & Noble store. It looked like a delicious Christmas cookie, perched prominently atop the music department holiday display. Unable to resist, I had to snatch up a copy for the GF on double white peppermint vinyl. When I got home and placed it lovingly onto her Victrola, I discovered, in short order, it sounded like a Christmas cookie too. Owning a slew of shiny seasonal standards (“Let it Snow”/“Silent Night”) and a fistful of festive originals (“When I Was a Little Girl”/“You Make it Feel Like Christmas”), it’s become my all-time holiday fave. YUM! (Chris Long)

There’s something about this particular compilation that hits differently for me. Maybe it’s just the fact that I was raised on new wave and ’80s alternative, thanks to my folks. But while this collection is certainly a who’s who of those artists, it’s also oddly tender and affirming while somehow managing to know it’s a bit cheesy. More likely it’s thanks to the work being assembled by Jimmy Iovine, who along with Dr. Dre, would eventually become one-half of the subjects of the mini-series The Defiant Ones. (Lance Marwood)

Two things that are always fun – Christmas and Pop-Punk. Combine the two, and what do you get? You get this collection from the ever-popular “Punk Goes…” series. A shift from the norm, this collection sees all your favourite pop-punk bands like All Time Low, New Found Glory and Yellowcard getting all festive with twelve Christmas songs.

Punk Goes Christmas is forty-five minutes of mindless fun perfect to stick on and get your nan pogoing about the lounge in a Warped Tour Christmas jumper while the turkey cooks. (Graham Finney)

Released back on September 21, 1993, this album was the second Ren & Stimpy record and the only Christmas recording featuring the loveable characters from Nickelodeon’s famous animated series, The Ren and Stimpy Show. As with their debut, this too was chock full of the duo’s zany antics and cooky humour; moreover, the concept album follows the title characters as they prepare for the holidays; in their case, the holiday is “Yaksmas Eve,” a reference to the second episode of the original 1991 season in which they prepare for Yak Shaving Day and a visit from the Gilded Yak via his flying “enchanted canoe.”

Long story shot, this album is fun for the whole family and also hits that nostalgia nerve for anyone who grew up with this dynamic duo.

Sia’s Everyday Is Christmas is possibly the greatest Christmas album ever. Every one of the Christmas-kissed nuggets on this album is masterfully performed with that raspy, bluesy vibe and just a hint of the playful squeak that the charmingly eclectic Sia is known for. Running the gamut from the impossibly upbeat and smile- inducing “Candy Cane Lane,” all the way down to the soulful and poignant “Snowman” and “Snowflake,” to name a few, the album is a little over 60 minutes of pure joy and honest reflection.

And who couldn’t use a little bit of joy at Christmas? (Darren Eagles)

As a fully-card carrying member of the “bah humbug” community, it’s not often I feel Christmassy at all. The emotional scars of constant Christmas music on a loop during my tenure at a Blockbuster Video store 25 years ago have never left me, and the mere hint of any bells jingling instantly irks me.

That said, as a rock fan and probably more because I’m a Dee Snider fan, my favourite Christmas album has to be Twisted Sister’s A Twisted Christmas. It’s got all the classics but delivered with attitude, riffs and guitar solos. So go and give it a listen and have yourself a very metal Christmas. \m/ (Frank Ralph)

8. Aimee Mann – One More Drifter in the Snow

Grammy winner and Oscar nominee Aimee Mann’s first Christmas album arrived on Oct. 31, 2006, via SUPER-EGO Records. Aimee captures the emotional beauty of Christmas with eight classics and two original bittersweet songs (written by Mann and regular co-conspirator Michael Penn). This compilation is worth it just for Mann’s take on “You’re a Mean One, Mr. Grinch,” drenched in Mann’s signature moodiness. Duke Levine adds his emotional guitaring over a murky “Winter Wonderland,” but my favourite has to her breathy and sparse delivery of “White Christmas.” (Mike Bax)

Josh T Pearson’s 2011 solo record, The Last of the Country Gentlemen, shipped with a five-track EP fittingly titled Rough Trade Christmas Bonus. The bluesy, country simplicity of one man and his guitar belting out single-take recordings of popular Christmas anthems – “Angels We Have Heard on High” and “Away in a Manger,” for instance – being prime examples of how slower, longer format gloom perfectly counters the modern paean to consumerism that Christmas has become.

So two birds (possibly partridges in a pear tree) with one stone: Americana at its best and social commentary, all gift-wrapped in 27-odd delightful minutes of velvety Appalachian ambience. (Dayv)

This stocking stuffer of memorable music connects audiences of all ages and lets us know it’s that time of the year. The hot rockin’ “Linus and Lucy” gets the ball rolling and the sock hop poppin’ but it’s the last couple skate track, “Christmas Time Is Here,” that finds us hand in hand, thankful for one another.

Take a minute during the family get-together alone in your car, outside, or when everyone’s asleep, and you’ll find the true meaning of Christmas in Mr. Guaraldi’s work. Honorable mention is “Skating,” which kinda sets the mood for an adult post-Christmas night if you catch my drift. Merry Christmas! (Micha Kite) 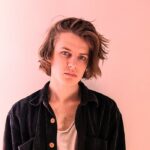 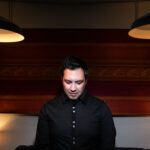