Like with any concert on a school night, my pre-show preparation consisted of escaping my day job bang on home time, double-timing it home to dispose of my laptop and a quick change, then high-tailing it over to the venue through London’s infamous rush hour. This pre-gig ritual almost anyways results in missing the opening act. So, sadly I cannot provide an account of Zero 9:36’s performance, but I would like to think they kicked things off with a belter of a set!

Thankfully, I was in and seated with plenty of time to catch Asking Alexandria, a band I have wanted to see for some time, but alas, opportunities had not previously arisen. Thankfully that was about to be rectified thanks to the “Plant Zero World Tour” that culminated in this evening’s show.

Entering the stage to a slow build, Asking Alexandria took their time to create tension and anticipation without allowing it to draw out too long before the beat dropped and the stage was awash with lights and fire as they erupted into “Alone Again.” Wembley’s atmosphere transformed from a cheering crowd into a sea of bodies jumping and singing, soaking up every note emanating from the stage. Following a brief interaction with the crowd, vocalist Danny Worsnop encouraged the audience to wave along with “The Violence,” pushing them to get involved in the show. Worsnop then announced that the band would take us back about a decade. As the enthusiastic crowd cheered at the promise of hearing some older material, Asking Alexandria broke out into “Someone, Somewhere,” elevating the passionate arena further.

From start to finish, Asking Alexandria played an intense show preparing the audience for the main event. Honestly, they couldn’t have done better, even if they were headlining tonight’s show themselves!

It was now time for the main event, a show that fans had been eager to see for years, Shinedown headlining a venue the size of Wembley! Everyone knew what they could do and were desperate to see what they had in store for their fans. As the lights went down, “Welcome” played before the stage lit and a video screen depicting various images of the band intercut with various sci-fi-inspired images as the audio of Planet Zero’s opening track, “2184,” played out as the band entered the stage.

All four members came to the front and surveyed their surroundings with an unmistakable look of achievement on their faces before assuming their various positions and jumping straight into “The Saints of Violence and Innuendo” to the utter delight of the audience who, at this point, needed no further encouragement to head bang along with the tune. By the time “Planet Zero” came to its conclusion, the crowd was well and truly dialled up to 11!

“We’re Shinedown, welcome to the show,” exclaims Brent Smith, still with a look of joy on his face that Shinedown was here, at Wembley. “We’re in your country, your city, your house. It’s a privilege to be here,” Smith continues with a sincerity to his voice that genuinely made the audience believe he meant it. “Did you bring your singing voices tonight?” Smith concludes to the unified cheers and claps from the audience as Smith led the band into “How Did You Love” as more sci-fi-inspired, 3D-like images continued to fill the screen behind them.

“2023 will be the 20-year anniversary of our debut record,” a statement that instantly made a large proportion of the crowd feel just that little bit old as the band brought out a classic in the form of “45.” Next up, both Zach Myers and Eric Bass broke out the acoustic guitars, and as they strummed along, Smith gave a heart-filled speech about being true to yourself, introducing “Dysfunctional You.” The slower pace was short-lived, however, when the stage illuminated and lights flashed as the show’s tempo built back up for “America Burning.” This was followed by the fan favourite “Bully,” fully immersing the audience, ensuring that nothing from the outside world was registering.

At this point, a piano was pulled onto the stage and Bass and Smith drew the intensity back again for “Daylight” shortly after Smith delivered another speech focusing on the importance of mental health. As this more emotional aspect of the show came to an end, Smith made his way deep into the crowd, marching from the stage to the mixing desk and back again, riling the audience up once again and ensuring that those seated also got to their feet in preparation for when “Enemies” fully dropped and Wembley erupted with the ferocity of a volcano! This was shortly followed by a barrage of popular tunes such as “Cut the Cord” and “Second Chance.” Of course, a highlight for many was “Unity.” It was a spectacle to see Wembley lit up with thousands of phone lights and hear the unified sing-along to, let’s face it, Shinedown’s most popular song.

Although Shinedown is well known for emotionally-driven shows, there was an eerie beauty following Myers and Bass’ exceptional cover of “Don’t Look Back in Anger” by Oasis (a cover that would have made the Gallagher brothers proud) when the band paid tribute to the late, great Christine McVie (Fleetwood Mac) as the audience fell completely silent to show their admiration for the renowned musician.

Shinedown closed out their final show of the “Planet Zero World Tour” with “Call Me,” “Simple Man” (Lynyrd Skynyrd cover) and “Sound of Madness” before being played out by “What you Wanted.”

Honestly, I am a massive fan of this band, and the 4-piece did an incredible job holding the attention of Wembley throughout their set whilst drawing attention to important topics, avoiding ever crossing the boundary into becoming preachy. Also, they sounded incredible throughout the entire show! 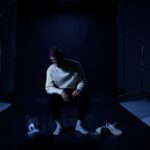