“Misery” is the brand new single from Rikets, who are preparing for more blistering single releases leading up to a fire-breathing new EP, ironically titled Tales from the Construct Alpha.

In 2010 the Rikets world collapsed as vocalist Scott Rose’s health suddenly took a turn for the worse, and he eventually “took his ball and went home.” Initially penned in 2014, the concept of “Misery” was born and then left to sit on a hard drive, unmixed and left in oblivion. Fast forward to 2020, losing family and friends during the pandemic, Scott felt it was time to fire up the writing machine and deliver the goods once again.

Going through the pandemic as a frontliner, Rose had become increasingly pissed off, and one phone call with good friend Nic Bell inspired Rose to team up and get back in the studio along with Ben Schigel (Spider Studios) yet again. They re-recorded “Misery” to its final state, as well as the base skeletons for five more songs slated to be released via Godsize Records.

With “Misery” being the first piece of metal music Scott had written in 10 years, he felt there was more to say and more creative doors needed to be opened.

“‘Misery’ s a journey into chaos and love lost coupled with a creepy sci-fi tale of how man and machine are fused together in bastard form. The transhumanism agenda is ruining our society.”

The lyric “I am just bile, wires and disgust,” is not far off from Rose’s everyday reality, as he is constantly hooked into IV machines, and has been brought back to life not once, but multiple times now. 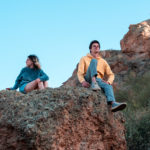 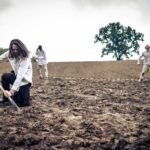