Following two sold-out shows at the O2 Arena in successive years, triple BAFTA-winning British comedian Mo Gilligan is taking “The Black British Takeover” on tour. Kicking off at the O2 Apollo in Manchester on 3rd November, the run culminates with a show at London’s Eventim Apollo on November 30th.

With Eddie Kadi returning as host, the tour will include the very best in headline names and emerging artists from the Black British Comedy Circuit. The announcement comes off the back of another monumental sold-out show at London’s O2 Arena.

“I’m really proud of the Black British comedy circuit. It’s where it all started for me and it’s full of so much incredible talent. I’m absolutely honoured to be heading out on tour with these phenomenal comics to showcase even more history-making line ups.”

Ahead of the tour, Mo’s brand new BBC show “That’s My Jam” is set to premiere on December 17th

General Sale Friday 16th December at 10am via LiveNation.co.uk 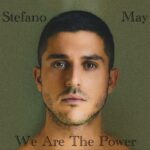 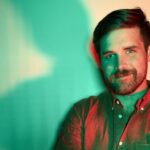