Iwansson explains, “The album is basically a portfolio of me. It is very much a debut album – a little rough around the edges at times but made with a lot of heart. I put a lot of thought into the lyrics and a lot of emotion into the melodies. At times I play around with words a lot, and I constantly want to improve my writing … The whole project is about ’80s aesthetics with ’70s punk vibes; grit, rain, cities at night, neon lights, trains, cars, and movement; leather and lace, and rock ‘n’ roll. Nothing ever looks as good as a photo booth photo in black and white.”

The album features duets with Bria Salmena and Jack Ladder, as well as some of Sweden’s finest musicians: Henrik Palm, Elias Jungqvist, and Erik Klinga.

Of the ten tracks on the album, “Strangers on a Train” stands out as one of the best. According to Iwansson, “This is my ‘at least I wrote this one song’ song. If I end up never releasing anything as good as this, it will be okay. Extremely proud of this one, and it’s the song that is quintessential me.”

Reminiscent of Depeche Mode crossed with Blondie, “Strangers on a Train” travels on layered, gleaming guitars riding pushing, crunchy percussion as Iwansson’s deliciously edgy vocals muse about the inertia generated by the loss of a lover.

“Have you ever been stuck in a place / Where you can’t leave, and you can’t stay? / We’re just strangers on a train going home / Where the heart is.”

Entry points include the sleazy, rumbling ambiance provoked by “Piece of You,” featuring Bria Salmena. Full of rough bumps, dark gouges, and greasy new wave motion, there’s a cutting stridency to the harmonics, as if chaffering for emotional terms.

“Boys of Summer” rolls out on surf rock flavours and then takes on tangs of straight-ahead new wave/punk energy. A personal favourite, “Dead Weight” evokes a black burden, a crushing load that won’t let up.

Speaking about “Dead Weight,” Iwansson says, “I tried to copy Hüsker Dü with the music. Since the lyrics are pretty self-explanatory, but I felt they needed that dry treatment instead of going bigger.”

The final track, “Leather,” pulses with hints of pop-punk merged with new-wave bop. Iwansson says of the song, “It’s a love letter to leather.” Percolating leitmotifs and chiming accents give the tune an alluring, infectious mood.

Awash in an exploration of darkness and the beauty of the disappearing moment, Manuela Iwansson has created an excellent album. 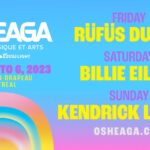 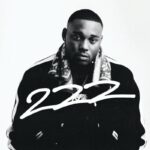