Jesus Piece isn’t merely the sum of its parts. It’s the nexus for an explosive creative chemistry between the band’s five founding members, who have channelled their love for old-school metalcore, hardcore and death metal into a sound that’s as furious as it is oblique.

Today they return to announce that they’ve signed with Century Media Records to bring listeners the next era of Jesus Piece, alongside the first piece of new music since their highly acclaimed debut, Only Self (2018), “An Offering to the Night.”

The single is a spectacular preview into Jesus Piece’s second act and a passage to something more intense and personal for the five Pennsylvania natives. The single comes alongside a raw video directed by Eric Richter. 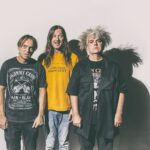 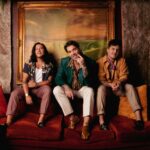