The Italian horror-rockers Superhorror, who recently welcomed Vale as their new bass player, will release their new full-length album Devilish Whisper in the first half of 2023.

The band comments on the news:

“This album is a very important chapter in Superhorror’s story, since we’re approaching the 20th year of post-mortem activity we feel ready for a true self-production: the band will take care of the whole creative process, from recording to graphic and video creativity, because we really want the album to be a full expression of our spirit (for better or for worse), avoiding the inevitable limitations that dealing with a label or with others intermediaries would imply.”

Further details just like the official release date, cover artwork, final track listing will be announced in the forthcoming weeks. 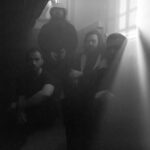