Cats Season, a Nu-Deathcore band originally hailing from Tehran, Iran, released their latest song, “Black Ocean.” The song perfectly reflects the youth-led revolution in Iran right now since it’s a perfect representation of the Iranian youth’s mindset. “Black Ocean” was born in Tehran’s underground music scene and was created by the newest generation of Iranian metal musicians; it is the raw product of identity and freedom, chaos and resentment.

“We’re reaching out to the metal community to be our voice through supporting and/or sharing this single, which is called ‘Black Ocean,’ to represent the story and feelings of the new generation of Iranians fighting for their freedoms.”

The intro for “Black Ocean” was recorded at Cats Season’s last underground show in Tehran before some of the members moved to Tiblisi, Georgia, and Istanbul, Turkey. Underground shows are highly illegal in Iran and can result in arrest and prison time for the band and audience. This makes underground metal shows a bold protest against the existing status quo in Iran. 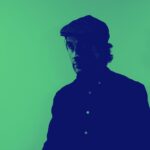 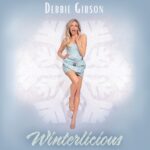