German DJ and producer G+UNENBERG teams up with Mousse T. and WLZN on his new dance single, “My Love.”

G+UNENBERG, aka Daniel Grunenberg, grew up immersed in music, teaching himself how to play an array of instruments, followed by producing his first tracks with a Yamaha DX7 on Cubase 2.0 on an Atari ST.

In 2010, he signed with Universal Music Germany releasing music as Glasperlenspiel, a name borrowed from Hermann Hesse’s futuristic novel. Made up of Daniel and Carolin Niemczyk, Glasperlenspiel shared the stage with Ich Ich, followed by winning the Energy Newcomer Contest. The duo broke through in 2011 with the release of their debut album, Beweg dich mit mir.

After hundreds of millions of streams and performing at more than 1000 festivals and clubs as Glasperlenspiel, in 2022, Grunenberg entered a new solo phase of his career as G+UNENBERG. 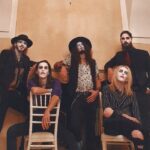 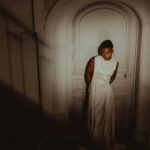