Following years of work in Gahan’s NYC studio and travelling with Depeche Mode, Uenala became aware of one of Dave’s rituals: sometimes, a notebook and pen would come out. Something would get jotted down. But what? That remained a mystery. Luckily, Gahan ended up recording some of his poems and sent them to Uenala, ultimately resulting in today’s release.

Uenala now calls Iceland home, so he’s no stranger to isolation, but what about city-dweller Gahan? The two kept in close touch during lockdown, sharing thoughts and ideas.

“I always wondered what he was writing in the notebook, but I never pried. During one of our check-ins I eventually asked what he was scribbling down when he was off in some corner, or standing on his own, next to a studio window.”

Gahan says, “I’m not sure why, or when, exactly, I wrote these short pieces. I knew they were never to be songs. I do know that they were written when I was alone. Sometimes in a hotel room. Where? I can’t recall. Sometimes standing by the ocean, or walking the beach in winter. Sometimes on the empty streets of New York City, during the lockdown. Always whilst feeling the beauty, power, and loneliness of a world beyond me.” 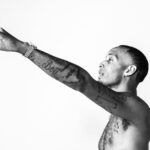 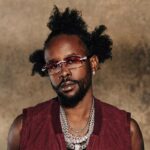