Brad Skistimas is an entirely self-made man. Everything he has gained as a musician and performer he has earned through diligence and hard work. Skistimas is the man behind Five Times August, the namesake he uses to release his indie singer-songwriter work, including his latest full-length, Silent War, a twelve-track album released last month via Seven Places Music. Besides his recordings, Skistimas has made it very far as a DIY musician, with his music appearing on various television shows, commercials, and films. In fact, he appeared on the FOX Business Channel as an expert “Do-It-Yourself” indie artist.

We recently had the opportunity to chat with Skistimas about his new album Silent War, his 2020 track “We Are In This Together,” his view on Covid restrictions, and his level of optimism for the future.

Thanks for your time, Brad. Your latest album is quickly racking up positive accolades the world over. Tell us about the overarching theme that the title Silent War embodies.

Brad Skistimas: “The album collects a series of protest singles I released throughout 2021/2022, generally commenting on the insanity of current world events… everything from COVID regulations, the Biden administration, Justin Trudeau, Dr. Anthony Fauci, Bill Gates… as well as songs of prayer and encouragement to those fighting against all the lies and corruption. At its core, this album is about truth and freedom.”

Let’s take a step back in time from your latest album to the release of the single “We Are In This Together” on May 8th, 2020. Tell us about your frame of mind at that time, given the world was just locked down/being locked down.

“Looking back, I was incredibly naïve to put that song out, but I was hopeful and wanted people to come together. Then all the George Floyd stuff happened, and the world became even more divided than before, and it continued to spiral out of control. It was a track full of optimism, but it marks the end of an era for me as a songwriter going along to get along. The rest of the year shut me down, and I didn’t really know what to say to the world with my music anymore.”

Fast-forward to January 11th, 2021, and you released your next single, “God Help Us All.” About nine months have passed; where are emotionally/mentally you now?

“When I picked up the guitar to finally write something new again, I came to it through prayer. That’s where ‘God Help Us All’ came from. It was a cry out for God, a way to vent and finally have my say on the situation. I was thinking about the world we were creating for our kids, specifically my own children. I didn’t want to look back on this time and not have said something. I owed it to their future to speak up; I didn’t feel I had an option.

“On top of that, none of my musical heroes were speaking up, so there was a gaping void to fill. Where was everybody? Total silence. I thought ‘God Help Us All’ would be it, and I’d move on after that song, but I realized shortly after people needed to know they weren’t alone. The feedback I started receiving was incredible and encouraging. So I decided to keep going from that point on.”

From here onwards, you would release nine more singles before dropping Silent War on November 1st. Was the intention always to release an album, or did you write single after single, organically culminating in a record?

“It unfolded organically. Every song on the album came to me when it came to me, meaning I didn’t sit down and say, ‘Ok, I have to write an album’s worth of songs.’ There were weeks and months between each song. This was one reason I made the track listing on the album the order in which I wrote and released each song. There’s a story there from start to finish, and I think you can hear how I leaned into the battle from one track to the next.”

What is the story behind your stage name?

“Five Times August was just a name I came up with when I needed a name. I didn’t want to go by my full name ‘Brad Skistimas’ because I figured my last name would be too confusing or forgettable for some, so I came up with a title based on my birthday, August 5th.”

Of all twelve tracks on Silent War, which one is the most important or personal to you and why?

“Probably the title track, ‘Silent War.’ That one, in particular, covers the whole situation at hand. It was also the song that felt most like a gift. I remember when I started writing it, I was trying to figure out where it came from if it already existed. That’s what I love about it, is it just feels like it always was. People write and tell me they thought it was an old Bob Dylan song they’d never heard.

“Speaking of the Dylan connection, I actually performed ‘Silent War’ on the steps of the Lincoln Memorial in January right where he performed for Martin Luther King’s historic DC rally in 1963. I was there for the Defeat The Mandates rally, and that moment has become a very defining moment of my career for me personally.”

“Right now, it’s, ‘three chords and the truth.’ I’ve very much tapped into that old phrase and poured my heart into it.”

How optimistic are you about the future? Does good win? Will it get worse before it gets better? Share your thoughts.

“I remain optimistic about the future. I have an impenetrable faith in God that keeps me fighting forward every day. It may get worse, I expect it to, but in the end, on the other side of this, I believe it’s going to be the best time to be alive in the history of humanity. It already exists underneath the nonsense, the corruption, and the garbage news froth that keeps us distracted every day. Once that’s cleared away, however long it takes, I think it’s going to be a beautiful time to be alive.”

What if any touring plans do you have?

“I anticipate being on the road much more in 2023. I am getting more requests to appear at events and rallies, which is what I want to do. I’m not too interested in just doing regular shows at regular venues right now because there’s something more important going on right now, and we need to be making statements as artists every chance we get. I’ll be in Austria in mid-December for a week of events with some other musicians and doctors, and have some other similar engagements set up for January.

“I know a lot of musicians in the truth movement are ready to do a giant all-day concert event of some kind, like a Coachella thing. We’ve all been talking about it. It’s long past time to get that going.”

When the lockdowns first began, most of the world was left in a “I have no idea what’s happening state.” At what point did you start formulating an opinion of what was going on?

“I was picking up on many things early on. The masking and social distancing stuff never made sense. I went along with the two weeks to slow the spread like everyone did. I stayed home and recorded parody songs out of my kitchen to pass the time and keep people entertained. But when two weeks became four, and four weeks became months and months, it just wasn’t funny anymore. I became a lot more vocal on my social platforms about what I was seeing in the world.”

With everything that has happened over the past two years, and to many degrees, continues to happen, how do you remain positive?

“I think since a lot of what has happened is so damn ridiculous and absurd it’s hard not to laugh and throw humour at the situation. There’s certainly a very dark situation at hand, but to mock evil is to not let it win. So I find ways to laugh at it all because, at the end of the day, I know good will win. My faith in that alone keeps me positive.”

With this album now out, what do you have planned next?

“Based on the trajectory of insanity not slowing down any time soon, I think this album is probably a ‘Volume 1’ of sorts, and I’ll continue writing and releasing singles throughout the next year, ultimately compiling them for another collection down the road. There aren’t a massive amount of artists speaking out, and people need a voice out there. As long as it’s needed I’ll continue to do what I can speaking up through music.”

Share with us a story wherein you discovered your music helped someone out.

“I have received so many heartwarming messages from all around the world over the last year, it’s hard to pick one out. Generally, though, when someone tells me how alone they felt until they heard one of my songs, and how much hope it gave them, that is a reminder to me why I am doing what I am doing. That’s what music is supposed to do, let others know they’re not alone.”

Do you think your position would be any different if you weren’t a father?

“I don’t think so. My kids are certainly the core reason why I am fighting and standing up, this is their future I’m fighting for… but it’s for everyone’s kid’s future, too. I think that mission to protect the precious and innocent would be there regardless.” 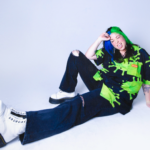 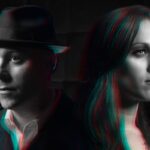