Cave In released their seventh full-length in May this year. Heavy Pendulum marks the band’s first release since signing with Relapse Records. It also marks the first full-length release written without bassist Caleb Scofield, whose tragic death at 39 years old severely impacted the heavy music community. Since his passing, Nate Newton (Converge, Doomriders) filled the band’s roster on bass. The band toured extensively through the US and Europe to support the new album. Days of Nothing, directed by Clara Griot, focuses on a particular date in Paris, October 19th.

Griot has a particular eye for heavy music and its artists, which lends itself perfectly to Cave In’s monumental heaviness. But more than that, the film has an easy feel that ingratiates itself with the band. A band on guard is no good for a documentary. Perhaps somewhat counterintuitively, when a band is off stage you need them to be less performative for the camera, and perhaps that’s what’s best about this particular iteration.

Music docs always feel like they’re firing on all cylinders when they capture the sort of droll banter between bandmates that makes the audience feel like they’re a fly on the wall of a band practice, and Days of Nothing delivers on this front. “I’m definitely eating shit on this stage,” Brodsky quips to Newton as they set up, referring to the platform’s riser.

At 8 minutes, the documentary feels more like a Reel or featurette than a feature-length doc film, but the amount of band dynamics, interviewing, and performance that Griot squeezes in more than justifies the moniker. This is a welcome gift to fans and a captivating window into the band’s history and performance alike.

Cave In have wrapped their tour, but they do have a show scheduled on December 29 in Boston at Royale. You also can (and should) stream/download/purchase Heavy Pendulum – it’s a particularly striking entry from the band and signifies an exciting direction for the group. 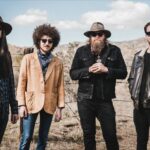 Robert Jon & The Wreck Reveal Rock Ballad “Who Can You Love” 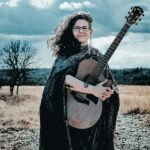