After releasing a searing EP in 2019, It’ll Be Over Before You Know It, Original State is back with another release in the works and an urgent message with their newest single, “Regression.” Drawing from diverse influences and backgrounds in the group, this track blends chaotic punk/thrash, driving drums, and exploration in the fringes of melodic hardcore that serve as the common ground for the band.

“After seeing a piece by piece dissection of the progress we’ve stood for fall apart, culminating with the overturning of Roe v Wade, Regression was born. It’s a song built by the frustration with how things are being run by those we’ve put in power, and allowed to stay there. Each verse is a progression of events in the last few years through use of metaphors and blunt reality to describe what we saw around us. The chorus being a hope for people to rise up and rebuild. The bridge, a rally cry to the people to do something about what’s happening. And finally, the songs conclusion telling all that if it can’t be saved, destroy and rebuild. If there’s blood on the branches, burn it down.”

“We wanted to showcase the outrage, not just here at home, but across other nations too; at the trampling of reproductive rights, abuses of power, and show that this fight is worldwide. These are human rights, and they should be inalienable for all. It is intense, and that’s the point. It IS intense, and we shouldn’t look away from it.” 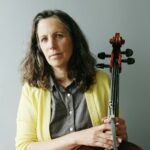 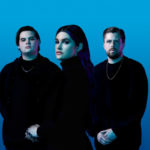