xx periscope, who believes art has a place in music, is the core member of Auto Chlor, which, since its formation in 1995, has included more than 70 unique collaborators, releasing 16 long players, a multitude of EPs, and myriad singles.

All of the song titles arrived through a random word generator. xx periscope then sat down and wrote to the song titles, with the album being completed in less than a day. Auto Chlor allows minuscule amounts of overthinking and overproduction. They apologize for almost nothing.

“Tootle Disturb” amalgamates industrial drones, echoing thumps, and strident tinkling notes with fluctuating vocals, imbuing the tune with a rictus of desperation. And then there’s “Fernando,” rolling out on shimmering dirge-like leitmotifs as a ghostly voice relays the recognizable lyrics and melody of ABBA’s famous song.

At once brooding and portentous, Crystal Math doesn’t appeal to everyone yet conveys entirely new sonic vistas for speculation. 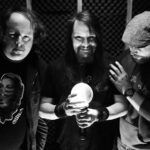 Jaded Truth Premiere Their Music Industry-Focused “Nothing Much” Video 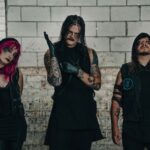