On the heels of the launch of 4KORNERS’ (official Toronto Raptors DJ) critically-acclaimed debut album 4KORNERS of the World, the famed DJ and producer takes his show on the road, kicking off a two-night stint in Vancouver playing on Friday, December 9th, as part of Soulgood Presents at the Studio Lounge & Nightclub (919 Granville Street) and then again on Saturday, December 10th to celebrate Oak & Thorne’s 5th year anniversary at Oak & Thorne’s Neighborhood Public House (20173 88 Avenue Langley Township).

On this night, audiences can expect to hear a multiplicity of contemporary sounds and genres, including afrobeat, dancehall, trap, Brazilian funk, soca, UK drill, and Amapiano, as expressed on 4KORNERS’ debut album. The Toronto Raptors official DJ 4KORNERS (who’s been with the 2019 World Champions since 2005) has DJ’d a laundry list of notable A-list events around the world, including the Olympic Games, Cannes Film Festival, London Fashion Week, Abu Dhabi Formula One, and has collaborated with and hosted events for industry heavyweights including Drake, Kanye West, Michael Jordan, Justin Timberlake, Paris Hilton, P Diddy, Justin Bieber, and Selena Gomez. 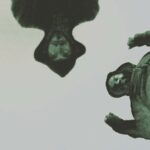